In the years leading up to the Revolutions of 1917, the Russian Empire’s status as a “great power” was increasingly insecure as a result of (among many other things) the devastating loss Russia faced in the Russo-Japanese War; the events and backlash of Bloody Sunday; as well as its innumerable losses faced in WWI.

The loss of the Russo-Japanese War and Bloody Sunday could be argued to be among two of the more important events leading up to the Revolutions of 1917. The Russo Japanese War was a devastating loss for Russia due to the national shame and anguish as a result of a “great power” such as Russia losing to a much smaller and (in Russian eyes) less sophisticated nation and force. Unrest resulted throughout Russia, coming to a head during the events of “Bloody Sunday”, when Russian troops fired unto a protest led by Father Gapon killing scores and igniting the Revolution of 1905. But it was the aftermath of these events, in addition to WWI, that led ultimately to the Revolutions in 1917. Tsar Nicholas II issued the October Manifesto and engaged in a “constitutional experiment”, in attempts to qualm the issues of the working class and address the concerns over religious and civil liberties. Despite this, the autocracy continued to engage in repression of fringe and radical groups, ironically drawing more of the disenfranchised lower class to said groups (such as the Bolsheviks) who would ultimately lead to the overthrow of the Romanov dynasty and usher in the Revolutions of 1917. 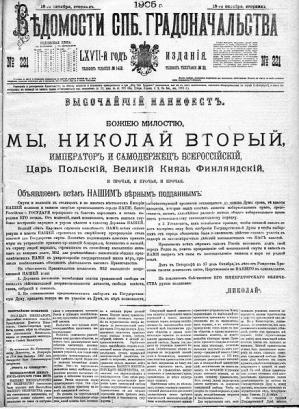 World War I also exacerbated the open wounds that existed in Russia after the Revolution of 1905 and ultimately helped drive the country to Revolution in 1917. What many Russian’s expected to be a victory turned into a nightmare; crushing defeats at Tannenberg and the Masurian Lakes; half a million casualties and one million Russian POWs during the Great Retreat of 1915; lack of supplies on the battlefront and food shortages  on the homefront; and a failing war effort under Nicholas II all created and culminated in the final pressures that brought on the Revolutions of 1917. 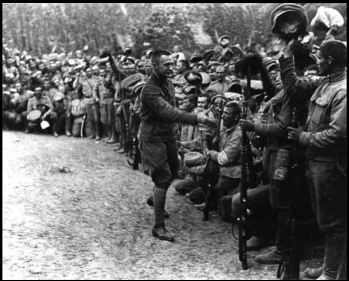 Pictured: Troops on the Russian Front

By February 23 1917 (the start of the February Revolution), Russia was crumbling from the inside. What started out as a shortage strike in the bread line evolved into riots and protests that consumed the capital, and eventually led to massive abandonment of post by Russian troops and demobilization of the Army; the abdication of Tsar Nicholas II form the throne; the end of the Romanov dynasty; and the formation of a fourth Duma and provisional government. The period of autocratic rule in Russia had come to an end, but still much more work was to be done to finally get the working class and the disenfranchised of Russia the liberties, rights, and empowerment they had desired for so long. 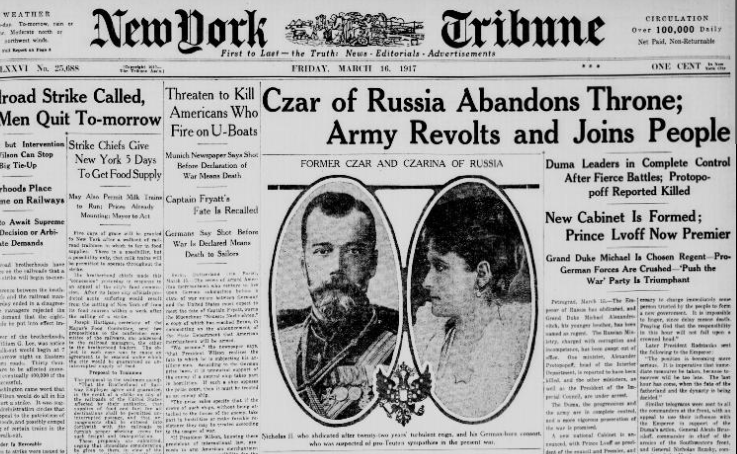 Pictured: A U.S. Newspaper headline breaking the news of Tsar Nicholas II abdication from the Throne, the fall of the Romanov Dynasty

Ultimately, the events of Bloody Sunday (brought on in part by defeat in the Russo Japanese War), and the circumstances brought on by WWI within Russia, in combination with other factors at play, were the larger catalysts in bringing on the start of the Revolutions of 1917. Loss of confidence in Russia’s “great power” standing and the autocracy inability to refrain from repression helped bring on, among other things, the Revolutions that would reshape Russia’s trajectory throughout the 20th Century.

View all posts by zaneg96

9 thoughts on “From War to Revolution”